A layer of PVB film is sandwiched between two or more pieces of tempered glass of any other colors in tempered laminated glass which is processed under high temperature and pressure. Laminated glass is durable and provides long service life .The tough PVB film absorbs a great number of energy impacts when the glass is broken by violent external force. Therefore, laminated glass maintains perfect integrity and is not likely to be broken down. Even being broken, laminated glass is fully maintained inside door and window frames, which protects the inside room from being damaged by foreign objects and avoid the injury to personnel inside and outside the building resulting from splashing substances or broken glass pieces. Such characteristics make laminated glass be widely recognized as the truly safe glass.

Laminated glass is normally used when there is a possibility of human impact or where the glass could fall if shattered. Skylight glazing and typically use laminated glass. In geographical areas requiring hurricane-resistant construction, laminated glass is often used in exterior storefronts, curtain walls and windows. The PVB interlayer also gives the glass a much higher sound insulation rating, due to the damping effect, and also blocks 99% of incoming UV light.

2) Once breakage occurs, the glass disintegrates into small cubical fragments, which are relatively harmless to human body.

4) Sizes are produced as per customer request. Once tempered, can not be cut down.

Northglass (HongKong) Industrial Co., Ltd. is engaged in research, development and production of glass processing over 20 years, and is one of the leading manufacturers in the glass deep processing industry in China. 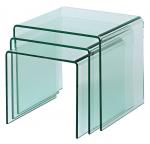 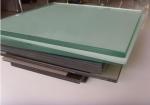 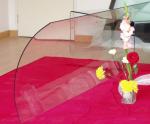