1. Introduction
Hydraulic Power Station Spherical Valve (Also Named as Hydraulic Power Station Ball Valve) is one of advanced control equipment which installed at the inlet of the turbine in the world, and it’s widely used as a out valve in irrigation works, power stations and various pump stations, replacing non-return valve and gate valve. While working, the valve cooperates with host computer of the pipeline, according to the transition course principle of water conservancy, through the procedure of opening and closing that is preserved, dispel the pipeline water hammer effectively, realize the ending reliably of the pipeline, and play a role in protecting systematic security of pipeline.
Hydraulic Power Station Spherical Valve (Also Named as Hydraulic Power Station Ball Valve) that our rechon vango valve produces features with small flow resistence, high level of automation, multifarious functions, steady and reliable performance. The valve is a new generation’s intelligent energy-efficient product, which designed by our company’s designers through collecting, studying, summarizing the domestic and international similar properties of product extensively, and introducing the multiple research results of the valve, hydraulic pressure, and electric trade. Our company’s technical force is rich, and the special requirement that can follow users is designed alone, meet the masses of user’s requirements for this kind of product diversely.
Hydraulic Power Station Spherical Valve (Also Named as Hydraulic Power Station Ball Valve) mainly has the following characteristic:
It can replace the function of the electronic floodgate valve and the non-return valve, which are at the exit of the pump. The machine, electricity, liquid system integrates for one whole, as well as it can reduce floor space and capital expenditure.
The electro-hydraulic control system has multifarious functions, and it can debug, control locally as an independent systematic unit without other additions. It also can be carried on centralized management by the central computer through I/O passway as an apparatus unit of the collecting and distributing control system (DCS), realize linking and operating with water pump, hydraulic turbine, by-pass valve and other pipelines apparatus. It is furnished with manual function, and can turn on, turn off the valve manually without power, meet valve debugging, control request under the special operating mode.

The controllability is good, the regulation range and adaptability is great. The electro-hydraulic control system has several regulation points. It can open and close the valve according to different pipeline control requests, so as to guarantee the valve shut-off and open automatically according to time, angle that set for in advance. In addition it can be closed without electricity, effectively dispel the destructive water hammer; prevent water pump and hydraulic turbine from splashing, the pressure fluctuation of the pipe network system, guarantee equipment’s safe and reliable operation.
The sealing pair of the main valve can be eccentric Type, It is easy to open and close, and the sealing is reliable. It also has an extra enlarge eccentric which makes the valve has a good function of closing and sealing automatically. The ball of the middling and small calibre Hydraulic Ball valve are designed with streamlined dull and stereotyped structure, heavy-calibre disc is designed with a pair of dull and stereotyped truss type structure, it is small to squeeze, the stream is smooth-going, The energy-conserving result is obvious.

Note: When other related standards were used, they maybe noted in the contractor or the technical agreement.

Note: 1,1Mpa=10.2Kf/cO 2,When used in hydropower stations, it is accordance with the highest static according to water-column to calculate sealing test pressure

6. Product’s Structure
Hydraulic Power Station Spherical Valve (Also Named as Hydraulic Power Station Ball Valve) is made up by the valve noumenonn, actuator, hydraulic station, and electric control case.
Hydraulic Power Station Spherical Valve (Also Named as Hydraulic Power Station Ball Valve) noumenonn is made up by valve body, disc, shaft, transmission shaft and sealing package, etc.
The accumulator type generally adopts horizontal type; it can also adopt vertical type according to user’s request.
The actuator is made up by the connection and transmission pieces such as gear box, gear, rack, etcIt is the main executive body of valve, which open and close the valve hydraulically.
The transmission hydraulic jar has slow -closing time adjusting valveAdjusting range see item 5 (special parameters).
While fixed up horizontally, the actuator generally adopts obverse installation. If there is not enough space, you can adopt reverse installation (transmission device is placed on the other side of valve body, see Fig. 4 – Fig. 5)
The hydraulic pressure station is made up by oil pump assembly, hand operated pump, accumulator, electromagnetic valve, overflow valve, flow control valve, stop valve, hydraulic pressure integrated lump, oil tank, etc.
In accumulator type control system, the accumulators offer initiative strength source for the fact that the valve is opened and closed.
The flow control valve is used to adjust the time of opening the valve. Adjusting range see item 5 (special parameters).
The hand operated pump is use for the systematic debugging and opening and closing the valve under special operating mode.
The hydraulic systematic electromagnetic reversing valve generally works in such a type, which is when the electromagnetic valve connects with electricity, the butterfly valve works while do not connect with electricity, the butterfly valve maintain the original condition and is locked. This type is normal while other types should be noticed when you make orderings.
The hydraulic system and valve noumenonn can install integrally, as well as install separately. If users don’t have special requirements, it is installed separately. When the accumulator type is fixed up vertically, it should be installed separately

7. Electro-hydraulic Working Principle & Operation Notes (PLC Type)
According to the logic components the electric control systemic divided into common relay type and PLC intellectual control type. The factory always formed a complete set of the common relay type, and it should be proved while ordering the PLC intellectual control type. The main operating modes of all kinds of divides are as follows:
The operating mode of the opening valve’s eccentric pump (including the centrifugal diagonal pump): Start the pump first, delay scheduled time and turn on the valve, or open the pump and the valve at the same time.
The operating mode of the opening valve’s axial pump (including the axial-flow type diagonal pump): While opening the pump and the valve at the same time, turn on the valve to some angle, and then start the pump.
The operating mode of the operating mode of the hydraulic turbine valve: Open the balanced pressure of the by-pass valve first, then open the valve, and then open the hydraulic turbine.
This electric control system of the valve is furnished with local controlling circuit and remote tandem controlling circuit. The local controlling circuit is used to debugging in situ, while the remote tandem controlling circuit is generally used to normal working.
The systematic motive power is AC380V, the uninterrupted power supply is DC220V, or other power grades( AC220V,,DC110V ,DC24V etc)
The hydraulic principle dewing see Appendix2,and The Electric operation Principle dewing see Appendix1.
8. Automatic Pressure maintenance
When turn on the power switch QF1,QF2 ; the power indicator light lights
Then change the transfer switch SW1 to ” Right” position, start the automatic pressure maintaining system. The electric motor begins to fill the accumulator with pressure. When the pressure reaches the high-pressure switch’s setting number, the oil pump shuts Maintenance is always in effect, in spite of which state the system is on (Locale, remote, Down This function of automatic pressure open, close, and etc Which is when the system drops the pressure to low-pressure switch’s setting number, the oil pump will automatically start to fill the pressure, when reach the high-pressure switch’s setting number, it shuts down.
When the power of AC380V goes wrong, or the oil pump can’t work normally, the pressure preserved in the accumulator can complete a whole course of opening valve or closing valve.
You can release this function, through changing the transfer switch SW1 to “Left” position

8.2.1 To open the valve
Press the open the valve locally button, if the motor does not have trouble, conditions permit to open the valve, the electronic by-pass valve is opened, and the pipeline excitatory transmitter enters snail’s shell. The by-pass valve is opened and put in place, the indicator lamp is bright, and the electrical motor shuts down. If the both ends of the main valve’s pressure are balanced, difference presses the changer SP signal to input, Opening Electromagnetic Valve connects with the electricity and change the direction., The hydraulic oil flow control valve, high-pressure rubber pipes entered the oil cylinder, open the valve.
When opened the valve, the action switch is turned off, the full-open indicator light lights, the electromagnetic valves all loses electricity. the by-pass valve is closed automatically.
Through rotating the flow control valve can adjust the time of opening the valve. You can change the time in order to meet the practical operating mode.

8.2.2 To close the valve
Press the button of closing-valve, the indicator lamp of closing-valve is bright, the by-pass valve is opened, and the closing electromagnetic valve connects with the electricity and change the direction. and the main valve close on the scheduled speedWhen the valve is closed fully, it is stopped, and the full-close indicator lamp lights, the closing-valve indicator lamp goes out. the electromagnetic valves all loses electricity. the by-pass valve is closed automatically.
Valve closing is divided into fast-close and slow-close. Through rotating the flow valve and the slow-close flow valve at the tail of cylinder you can adjust the speed.

8.2.3 Stop
You can discontinue movements through pressing the stop button in the course of opening the valve or closing the valve normally. Let the valve be stopped in the arbitrary position

8.3 Remote Operation
Place the change switch SA to “Remote”, and the remote control indicator light lights. Then you can open the valve, close the valve, and stop the valve separately at this moment.through the remote switch .
In addition, the control system also outputs various state signals for remote DCS to control. Such as valve position (0º,15º,75º,90º),remote state, oil pump state, overload, overtime, valve position 4~20mA signal, and etc.
8.4 Protections of losing the electricity
Under the general operating mode, when the motor works normally, if the control system loses the electricity, electromagnetic valves still maitain the original condition, in order to guarantees the unit’s normal work.

8.5 Manual Operation
When the power of AC380V goes wrong , wave the hand operated pumpyou can open and close the butterfly valve too.
Manual Operation is mainly used to debug the valve , or to close the valve under special instance.
See notes on other operating modes and electro-hydraulic control principle in our company’s pertinent (Install and operation instructions).

Our products are strictly manufactured according to ISO,  ASME, ASTM, ANSI, API, MSS, AWWA, DIN, BS, EN, JIS, GB and other international standards. Production as per customer’s drawings or requests is also available.

Located in Cangzhou City- the base of China pipe fittings, near to Tianjin Seaport and the highway of Shihuang & Jinghu, Lufeng is enjoying the convenient transportation to offer you a timely delivery.

Lufeng will give you what you want at any time. Any needs from us, please contact us freely.

To verify this certificate on SGS website, please visit: 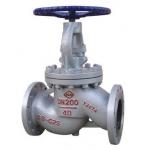 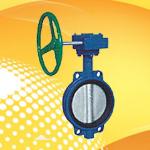 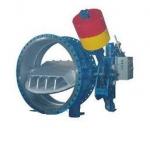