Among them, the sulfurresisting series products are applicable for seriously corrosive natural gas

according to the extent of pressure, medium properties and sealing requirements, fixed ball valve

In case of abnormal rise of pressure at middle cavity, ball valve of single seal structure is provided

device on valve body to carry out pressure relief.

the valve designed with an auxiliary Seating emergency seal system, as shown in the figure. In case

of soft seal damaged, or failure of seal in an emergency circumstance, emergency seal may be

can be used to rinse and lubricate the seating area. Plus, valve system can also be designed with an 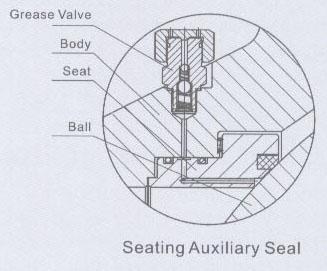 If requested by working conditions and users, ball valve may be designed to fireproof. The fireproofing

design of ball valve is to the standards of API 607 and JB/T6899. In case of soft seal ring burnt in fire,

when operating the valve, the friction between the ball and seat will produce electrostatic charge that

can be accumulated on the ball. To prevent static spark, an antistatic device is placed on the valve to 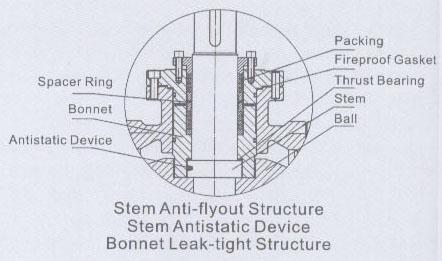 To prevent misoperation and the unexpected open or closed caused by the unpredicted circuit vibration,

a locking device is designed at the fully opened and closed positions of hand operated ball valve. This

and chemicals, or when valves are mounted outdoors.

To meet the different requirements of users, we have full and reduced bore valves series(as shown in

the figure). The inside diameter of full-bore series ball valve is comparatively lighter in weight, but

its fluid resistance is only 1/7 of that of globe valve of the same caliber. So, reduced-bore ball valves 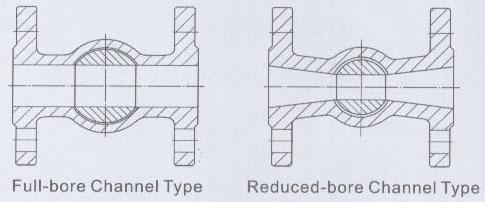 If requested by users or by the system, discharge valve may be mounted on the body of ball valve. In

case the two ends of valve have been sealed, the pressure in valve will be released through the

and blow out the deposits inside valve body.

corrosion allowance is left for the design of body thickness, the stem, fixed shaft, ball, seat and bottom

cover of carbon steel valve are all chemical plated in surface to ASTM B733 and B656. Use of paint from

international co. to deal with all kinds of conditions.

the materials exposed to fluid of our sulfur resisting ball valves, including fastening components, are all

selected to NACE MR0175. Rigorous quality control and inspection is implemented in the manufacturing

process to make our products conformed to the standard and suitable for vulcanizing conditions.

extension device may be provided for buried ball valve, which include the extension of valve stem,

greasing valve and discharge valve. As shown in the figure, users shall specify the requirements and 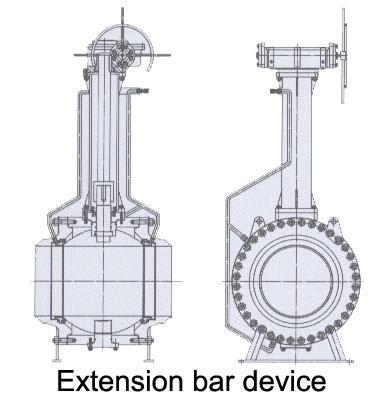 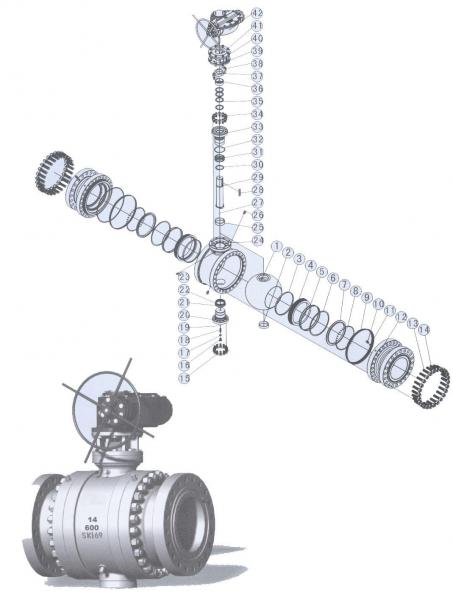 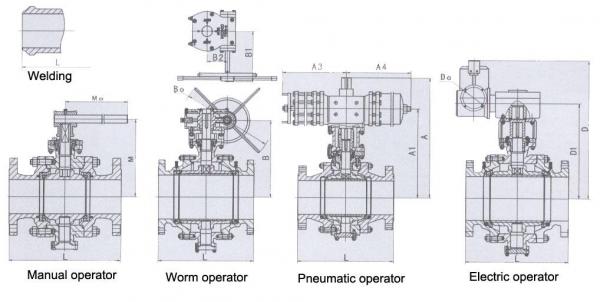 Shanghai KangQuan Valve Co. Ltd. is a specialized valves manufacture, which has 2,500 tons of

valves output capacity annually. We pay much attention to the quality so our products are superior in

quality compared with those of other manufacturers. After years of research and development, we have

accumulated a wealth of information and experience in this field. We enjoy a high reputation in dealing

with both domestic and overseas trading.

up to the international advanced standards of ANSI, API, JIS, DIN, BS and so on . Materials mainly include

carbon steel ,stainless steel ,ductile iron and so on .with hand wheel worm-gear actuator and pneumatic

and electric actuator to be selected ,widely used in the industries of petrochemical, natural gas, metallurgy,

established a highly respected enterprise which has been relied on for years. And we will continuously

Shanghai KangQuan Valve Co. Ltd. hopes to work together with you for a better future. Let’s work

together building a mutually beneficial relationship that will last for years. 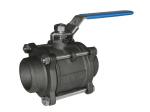 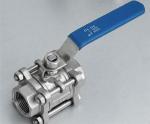 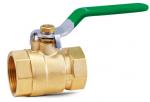